Don’t Make This Mistake When Making Your Own Polymer Clay Crochet Hooks! 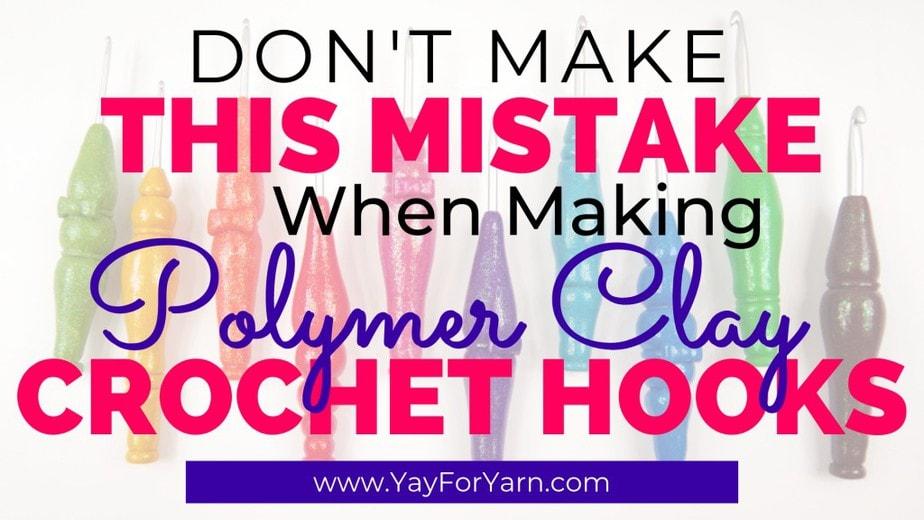 This critical mistake can ruin your handmade crochet hooks! Beware of this polymer clay predicament and learn to fix it if it happens to you.

I am a huge fan of ergonomic crochet hooks.

Anything I can do to make crochet easier on my hands, I’ll try it. And of course, one of the best ways to do that is to use a hook with a really thick handle.

Furls Crochet makes hooks with a super-thick handle, so I got a few of those to try. I love them. They are some of my favorite hooks, but they are rather expensive. To buy a Furls Odyssey hook in every size would cost me several hundred dollars.

So instead, I decided to make my own.

I removed the rubber handles from my Clover Amour hooks, and added my own super-thick handles, made from polymer clay. This was a fun project, and only cost about $4-$5 per hook to do.
I’m not a professional polymer clay artist, but my hooks still turned out pretty nice. I covered them with extra-fine glitter, and added a coat of triple-thick gloss glaze for a beautiful, shiny finish. 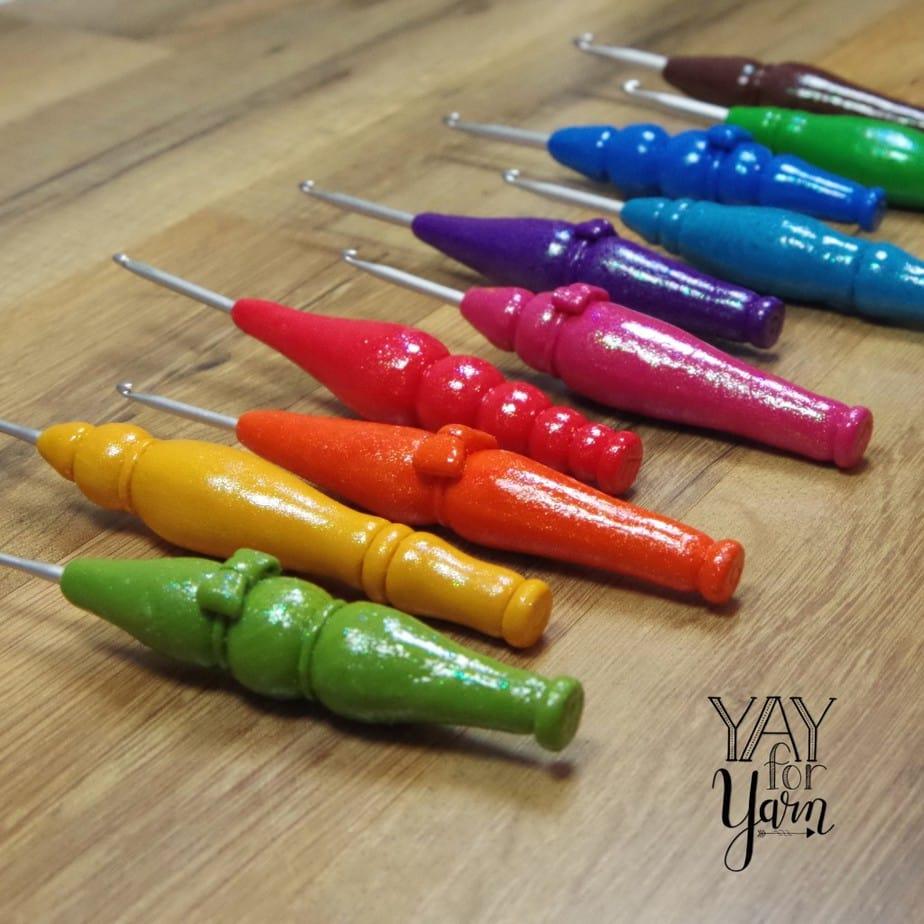 I was thrilled with my new tools, until I really started using them. Even though it was completely dry, the triple-thick gloss glaze still felt sticky. If I stored them in a jar, they would stick together and peel chunks of glaze off of each other.

I had chosen that glaze, assuming that since it was “general purpose”, it would work on polymer clay. Well, I was wrong.

Evidently, not all surface coatings will work well when applied to polymer clay.

So, in the end, I had to remove the original glaze and replace it with a gloss varnish that is made for polymer clay.

Here’s how I did it:

First, I had to remove the existing glaze finish.  I put each hook in a small ziploc bag with a little bit of rubbing alcohol.  Then, I let it sit for a good 10 minutes, and turned the hook over to let the other side sit in the rubbing alcohol for another 10 minutes.  (I also placed the bag on top of a paper plate in case it leaked.)  As the glaze sits in the alcohol, it turns white and cloudy. 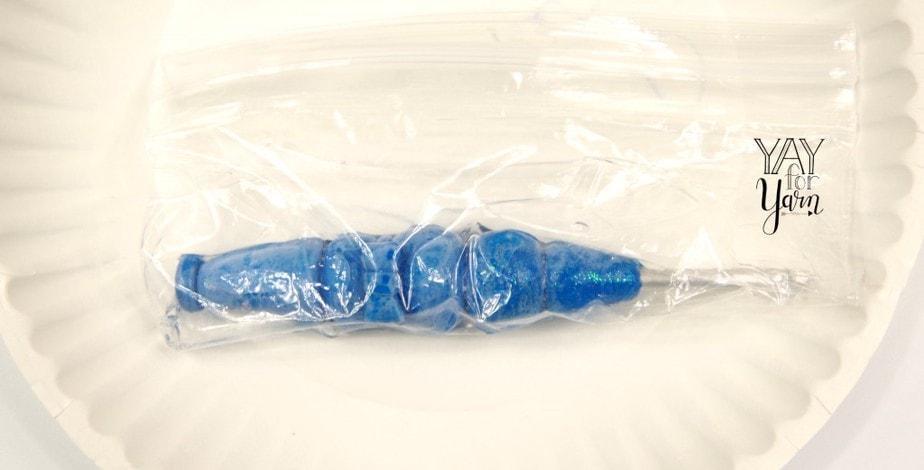 Then, I used a paper towel to pull the hook out of the bag.  I carefully tried to wipe off as much of the glaze as I could with the paper towel.  At this point, the glaze was super-sticky, kinda like melted marshmallow.

To get off the rest of the glaze, I used a cleaned, old toothbrush with a bit of oil on it.  I scrubbed at the glaze with the oily toothbrush, making sure to get any globs of glaze out of the detail lines of the hook.  Then, I used a toothpick or piece of wire to gently pick out any globs that I couldn’t get out with the toothbrush.  I rinsed the hook handles with a bit of water to make sure all the glaze gunk was off, and laid them on a towel to dry.

Now, the old glaze was gone, but the hooks still had a bit of oil residue on them.  So I washed them with a gentle dish soap and water to remove any oil from the surface.  I laid them on the towel again to dry completely.

For the new glaze, I used Fimo Gloss Varnish, which is made for polymer clay.  This varnish does cost more than the original gloss glaze I used before, but it was definitely worth it!  It worked so much better!

(Side Note: When I received the jar of varnish, it appeared rather liquidy.  Weeks later, when I opened it, it was thick, dry, and pasty.  The label said to keep it away from heat or cold, and I wondered if it had just been stored in a slightly cool place too long.  I filled a bowl with warm water, and set the jar down in it (not submerged, but just so the water came almost to the lid).  After the water came to room temperature, I warmed the water again and repeated the process several times.  The varnish slowly returned to a liquid consistency, and was ready to use. )

The consistency is pretty thin, so I applied it with a small paintbrush.  I poked the metal hook ends of my crochet hooks into a piece of packaging foam (not the kind that crumbles into little pellets, but the stiff, spongy, plasticky kind).  For photos on how I did this, see step 8 of this tutorial.

I applied a thin coat of the gloss varnish to each hook, and allowed it to dry.  Once it was dry, I applied a second coat for extra shine. 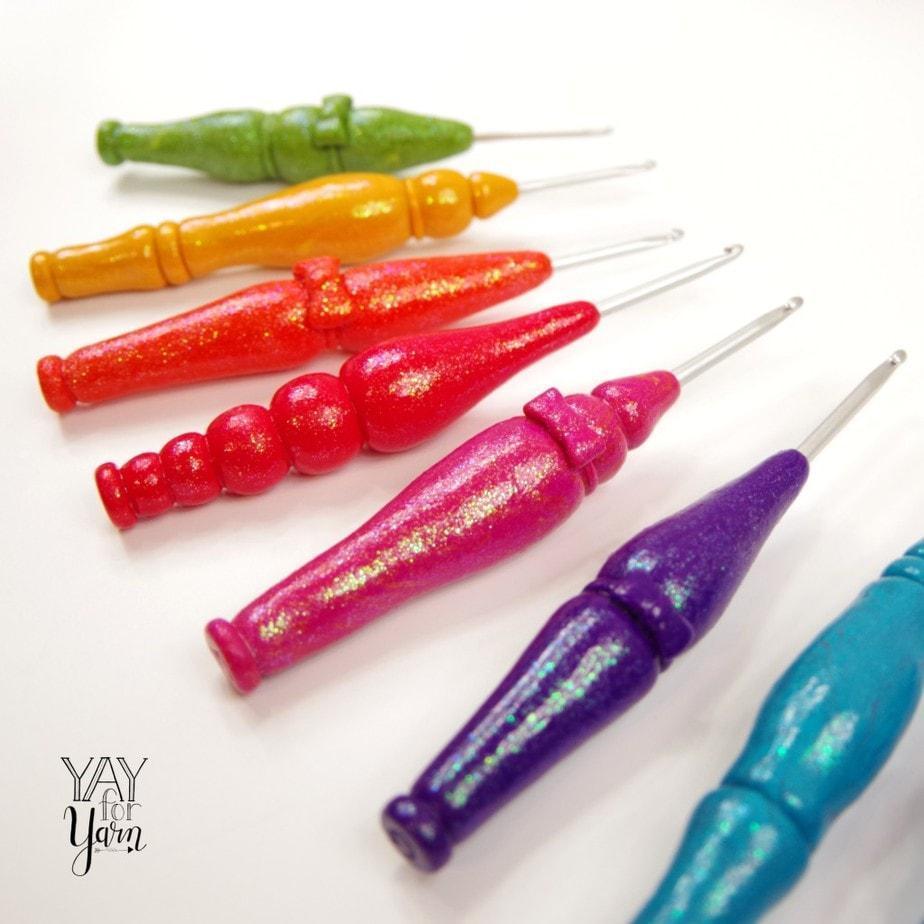 With their new gloss finish, my hooks look just as shiny as before, but without the stickiness. I am so happy with my finished hooks now, and I can’t wait to start using them in my projects again! 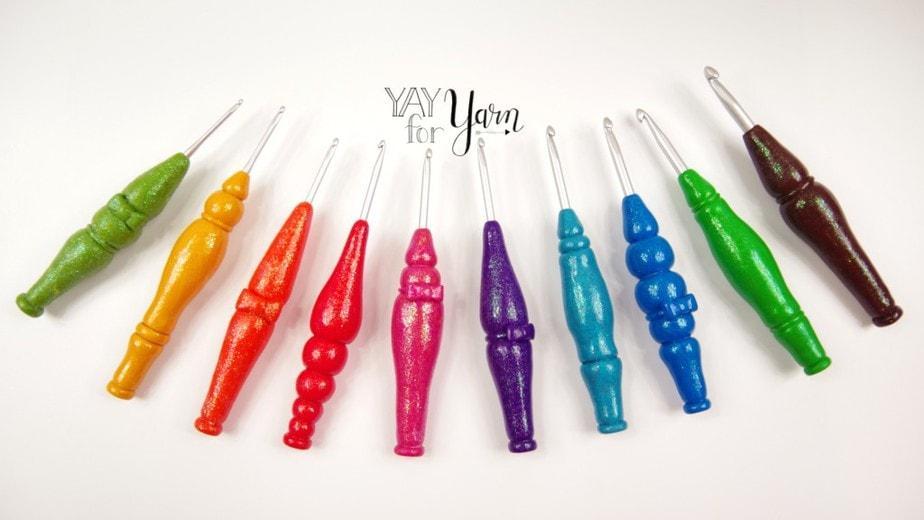 Have you ever made your own crochet hooks? 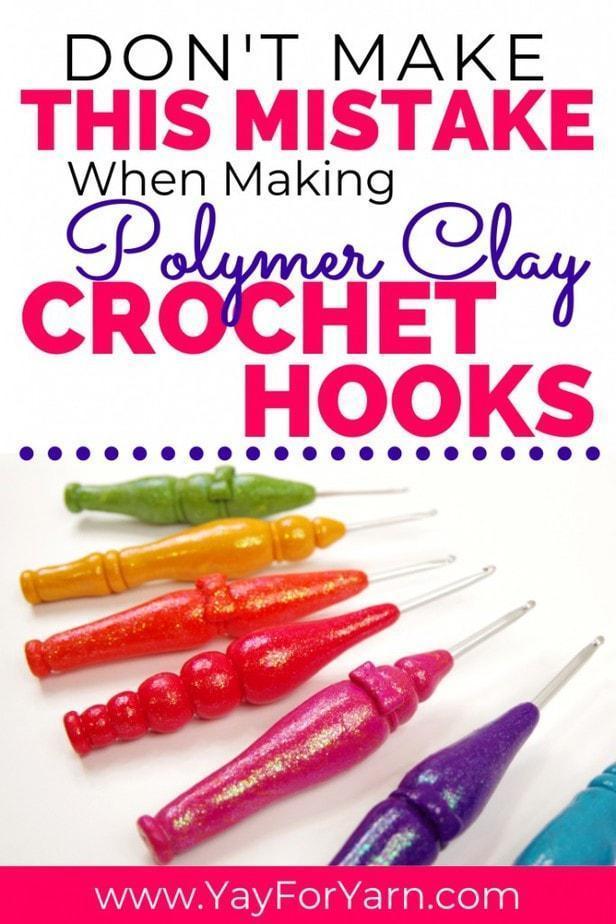 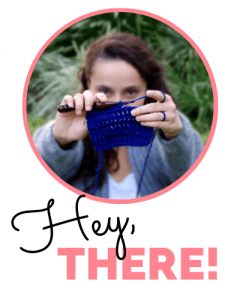 If squeezing yarn, collecting yarn, or making stuff from yarn is your thing, you’ll feel right at home here.   My mission is to share the joy of yarn crafts with makers of all skill levels by creating clear, thoroughly-explained video tutorials and modern, approachable projects.  So, whether you’re a newbie or you’ve been yarning for years, stick around and check out some of my FREE patterns & tutorials!

You are welcome to share a link to any of my blog posts.  You may also share one photo from the blog post, as long as it remains unedited and my logos or watermarks are not removed.  Thank you! 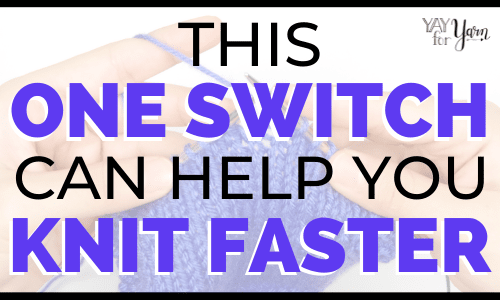 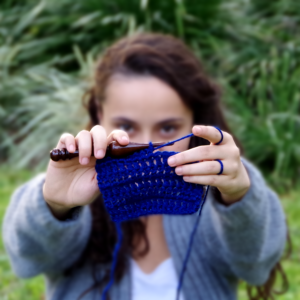 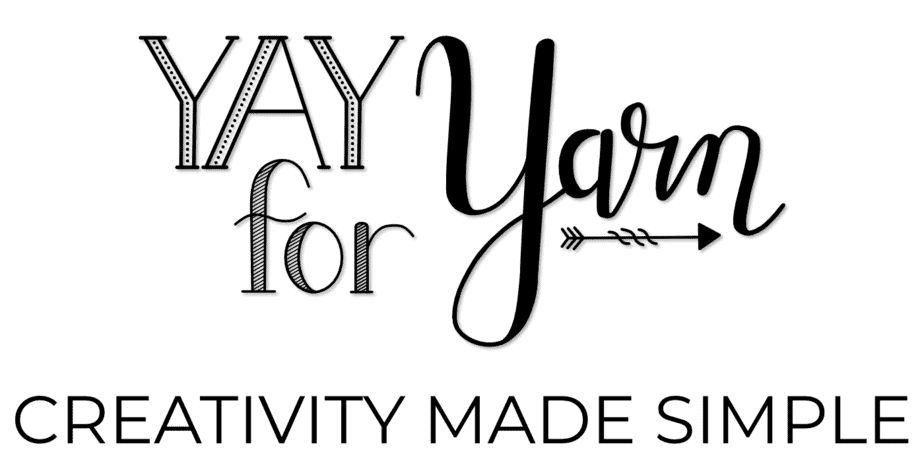